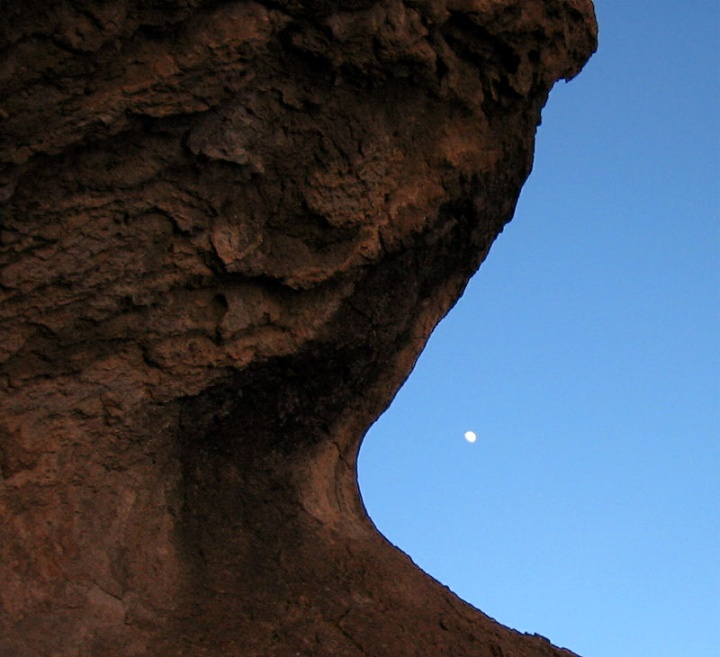 to take advantage of one of the last free weekends i’m going to have for a while, eric and i carted our way out to the mountains. eric found an old map of the logging roads in the jemez wilderness, and noticed that one of them came within a quarter mile of the san antonio hot springs, which was especially nice because the main trail to the hot springs is closed for another month or so, till the last of the snow melts.

we four-wheeled our way in, tumbled across a few old logging trails till we found what we hoped was the right one, and set up camp over a layer of seasonably cool spring snow. the next morning, we grabbed the map and a water bottle, scratched our heads and took an educated guess as to which way was northwest, and started cutting across ridges and canyons. in an unprecedented display of direction sense, we found the proper canyon, followed the gushing river toward its source, and soon arrived at the springs.

we stripped off our wet, muddy clothes and hopped into the springs, and as always it was heavenly. almost too hot for comfort. we soaked and enjoyed the morning for about 45 minutes, till we heard clop-clop-clopping of an approaching forest ranger on his mighty high horse.

SIR, PLEASE GET OUT AND PUT YOUR CLOTHES ON.

not really sure what i was in trouble for, i walked up to the guy and started doing the shakity-shake dance, explaining that i had no towel, so did he mind if i took a moment to dry off?

well, he explained, he was issuing me and eric a citation for public nudity, so it was probably best if i just got my clothes on.

really? public nudity? in the middle of the forest? i gave the old boys a couple extra shakes for emphasis. do you like apples?

yes, and not only that, but because he was such a nice guy, he’d give us a two-for-one deal on the citation. we’d have to show up in court and only pay TWO HUNDRED dollars instead of four hundred. boy was he doing us a favor.

the whole time he was explaining this to us, his horse was chewing on the corner of his jacket. i guess horses like forest ranger jackets.

the citation read as follows -

“I SAW [the perpetrators] COMPLETELY NAKED AT THE SAN ANTONIO HOT SPRINGS, EXPOSING THEIR PRIMARY GENITALIA IN PUBLIC.”

ignoring the tattle-tale vibe of the above text, i still have to wonder what is so primary about my genitalia? do i have a secondary genitalia? i’d sure like to know.