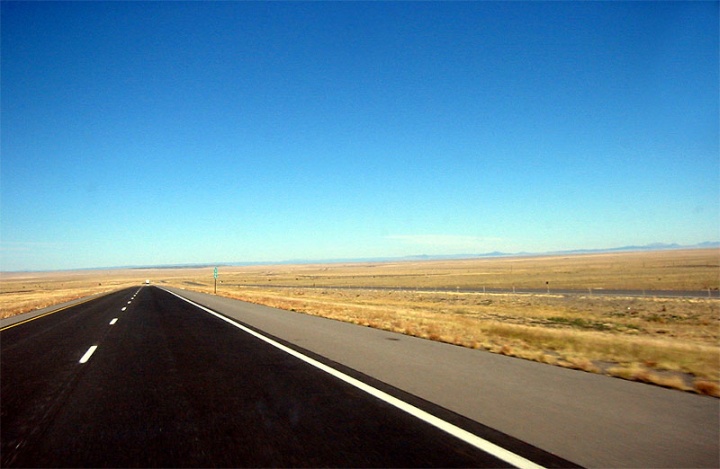 I continued my Kindness of Strangers tour, from Jacksonville up to Washington, DC. I posed the world a question, and it issued forth a resounding reply.

I’ll never again try to hitchhike in the center of town. Early that morning, Leah dropped me off at Martin Luther King boulevard, just north of downtown Jacksonville. There, I experienced something very interesting: burning rejection, embodied by a character study of horror and disgust in the faces of the metropolitans on their way to work. I stood with my thumb in the air for an hour and a half, and the strongest acknowledgement I received besides horrified looks was from a young punk who offered me his middle finger.

It was understandable, I suppose. It was a poor, inner-city neighborhood, and surely I was now the shyster, the swindler, and you just can’t trust people these days, can you?

I strapped on my pack, tightened my boot strings, and went for a walk. There was a sign indicating an Amtrak station three miles away. I figured there might be a bus stop there that I could use to get to a better part of town for hitching.

But I was disheartened, full of that old familiar sense of dread in my stomach, the “Damn, damn what am I doing? Damn damn!” feeling. I briefly entertained the thought of buying a train ticket at the station and saying, “Screw it! Everyone was right! This idea was so stupid! You just can’t trust people these days.”

Something happened while I walked along strips of tall median grass, across hot concrete, through poor neighborhoods. Maybe it was just endorphins and summer heat, but I calmed down. The walking reminded me that I wasn’t in a hurry, that I had everything I needed to sleep and eat and be fairly comfortable, and that as always, everything was going to be okay.

At the Amtrak station, an old baggage handler took a few minutes to give me some advice about the bus. He told me the northernmost stop was Dunn Avenue, and that there were a few gas stations there. It might be a good spot to catch a ride, he thought. I ate a few tortillas at the station, felt my resolve return, and caught a bus out to Dunn Avenue.

At Dunn Avenue, I once again stuck my thumb out, but this time felt calm and completely unembarrassed. Five minutes later, I had a ride.

Roy was a quiet guy. Metallica played on his stereo. We talked a bit about his towing business, and he leaned far forward against his steering wheel and complained about his herniated disc while chain smoking cigarettes. Roy told me it was dangerous to hitchhike (you just can’t trust people these days), particularly right on the side of the highway. Many states had made it illegal, and Roy had heard stories of hitchhikers being harassed by cops and then dragged off to the county boundary, back in the opposite direction.

Roy had me in Midway, Georgia by 1:30 that afternoon. Midway was another tiny town like Edgewater. Following Roy’s advice, I decided to try standing outside a truck-stop diner and asking truckers directly for a ride. Most truckers were refreshingly honest, looking me in the eye and answering my request with something like “Naw man, I don’t take riders.”

I decided after a short while that this technique wasn’t for me, so I decided to revert to what had worked well for me. I walked back out to the highway. On the way I found a quarter on the side of the road. It was the early afternoon and I felt tired but buoyant. I saw a sign for a campground in what looked like some very inviting forest and considered calling it an early day, but I decided to stick it out for another hour or so.

Ten minutes after arriving at the onramp, a guy in a Ford Explorer pulled over. He motioned his dog into the back seat, and when I got in, I noticed he was listening to Phish. He told me he was headed to Savannah, about an hour away, and though I was a bit disappointed at the short distance, something urged me to go with him, so I did.

Brooks and I got to talking and hit it off pretty quickly. He had a lot of interest in psychedelics, and so we talked about Carlos Castaneda. Brooks was finishing a business degree and now considering law school, and had a lot of interesting things to say about the history of Georgia, particularly Savannah. He was also the base guitarist for a local southern rock band.

Ten minutes into our conversation, Brooks got out his cell phone and said, “I’ve got a buddy who gets gigs driving up and down the coast, and I’ve got a weird hunch…”

A few minutes of “Where are you?” “Yeah?” “Can you take a rider?” and Brooks informed me that his friend Bill was in fact headed north, and Bill would be coming through Savannah at around 6:30 that evening. Bill didn’t mind picking me up; he was headed for New Jersey.

Then Brooks explained that he had a Business Law exam he needed to study for, so if it was alright with me we’d head to his place for a while and he’d drop me off with Bill on the way to his class. [This is where the reader thinks, “Oh! And then Erik got chopped into tiny bits by the axe murderer!” Except Erik is still here to tell the tale, oh ye of little faith!] We drove to Brooks’ home, a colonial house in a historic, slightly run-down neighborhood in Savannah.

I sat down in one of Brooks’ living room chairs and looked around at the tall ceilings, the old wood furniture, and piles of music equipment that occupied every corner. Brooks offered me sweet tea and something to eat, but I asked only for a glass of water. I told him I’d take a nap in his chair so he could have some time to study for his test, but he led me instead to his guest bed in another room.

I took off my boots and lay back on the bed. It was comfortable. I could hear the sound of water trickling in a fish-tank nearby. A few minutes later, Brooks stuck his head inside the room and said, “Hey man, a friend just called and I am going to head over and pick up some notes. I’ll be back in half an hour. You cool with that?”

I just looked at him. I was holding the glass of water he’d given me. I was lying in his bed, in his guest room, in his house. In the adjoining room lay thousands of dollars of musical equipment. I’d met this man not an hour ago, after he’d picked me up off the highway.

I replied, “Man, are you okay with that? Honestly, I’m a little overwhelmed by how cool and hospitable you’re being.”

Brooks answered, in such a simple and unpretentious way, “Hey sometimes you gotta trust in the good in people. Otherwise what are we all doing, you know?”

He took off, my eyes closed, and my consciousness slipped under an effervescent curtain, like submerging in orange fanta.

I awoke to hear Brooks’ voice in the other room. He was making arrangements with Bill for a pickup spot, and before I knew it, Brooks had dropped me off to a Ryder truck station in the middle of a poor neighborhood in Savannah. Brooks warned me not to stray far, and that Bill would be arriving for me shortly.

I spent some time sitting on a curb, writing notes, and ignoring a few guys on bicycles, sharing a forty, watching me from the other end of the lot. I tried to pretend I didn’t have a big, shiny blue backpack.

I briefly considered that it would be a hilarious joke to pick up hitchhikers and drop them off in undesirable inner city areas.

Bill showed up at 6:30 on the dot, serviced his truck, and I climbed in. I could tell immediately that I had an interesting day ahead of me. Bill was cool. He had crooked teeth and a rough but tempered personality, and he was sharp, both philosophically and practically. He had more street smarts than anyone I think I’ve ever met.

Brooks knew that Bill would have no problem picking me up because Bill himself had hitchhiked for years all throughout Guatemala, Mexico, and the States. He would buy Guatemalan goods, stuff them into a giant dufflebag, and then hitchhike with his goods back into the States and make a tidy profit. Bill taught me a lot hitchhiking, the ethics, and his own approach. He taught me about good places to find shelter. He told me this amazing story about setting up a tent on a grassy patch in the spaghetti interchange between two giant interstate highways, then waking up the next morning to the sound of highway patrol cars circling around him. He taught me about hoboing – apparently Bill had seen a lot of the States by sneaking into a railyard at night, finding an empty carriage, laying out a sleeping bag inside, and falling asleep. Of course he’d been caught a few times, and he told me those stories, too.

That evening we stopped in Lumberton, North Carolina. We had dinner at a Waffle House - one of the waitresses flirted with Bill - I invited him. I said, “Look, it’s the least I can do.”

Bill gave me a strange look. “Well… you wouldn’t be offering if you couldn’t afford it… alright man.”

After dinner we were walking back and I was telling Bill about my adventures in the grand canyon with my friend Sara, when he looked sideways at me and said, “You are pretty unique in the hitchhiking world,”

“Well, most guys who I pick up are just kind of drifting from town to town. They want to know where the closest soup kitchen is, or where they can pick up some food stamps. They don’t tell no stories about hiking the grand canyon, and they sure as hell don’t treat me out to dinner.”

I felt strange. My hidden pouch where I keep my ID, bank card, and spare cash all of a sudden felt like it was burning right through my clothes. I went quiet and thought for a while about how really, I was just pretending. I considered the idea that I still had a silk thread tying me to my previous life. I never did tell Bill that I was probably the richest homeless guy he’d ever picked up.

Bill got a motel room that he chalked off as a business expense, and offered me the second bed. I slept well.

We woke up early the next morning and took off. Bill had me in Springfield, Virginia by noon. He told me that the metro fare from Springfield to DC was probably a dollar or two.

“Can you cover that?”

I could feel my money pouch burning again. I said, “Yeah, no problem.”

He drove his giant truck/trailer right up to the train station in the middle of town. I imagined we made a funny sight. I got out and shook Bill’s hand, and told him he was a good man. Bill is a good man.