I’m not sure when you’ll receive this. Time machines, even the ones that only travel forward, are tricky to aim.

The message enclosed is kinda subdued carrier wave, so it’s probably best delivered after you’re done tripping on hormones in your teens. Maybe it will arrive when you’re deciding to become a parent yourself. Or maybe it’s a hedge against a future where we’ve grown distant, a thin silver thread connecting us.

Either way, you’re reading it now. Hi, kiddo. This is a snapshot of your dad before he was your dad: 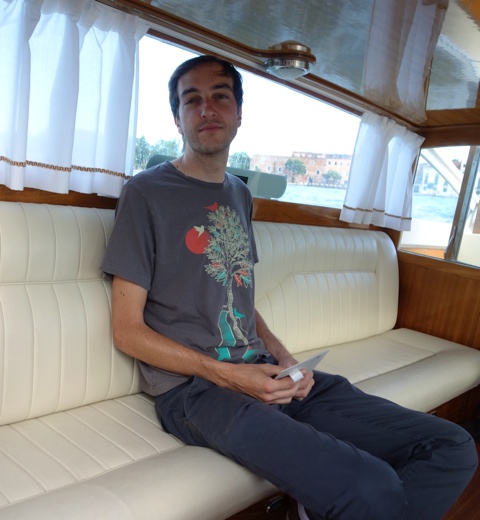 Right now, you’re the size of a blueberry inside your mom’s belly. It’s difficult to describe what I feel about you, because today you’re more the idea of you than the you yourself you are becoming. I can imagine a future in which you grow so large that you become the sun, the new origin point in me and your mom’s universe. But right now? Blueberry.

Your mom might claim otherwise but I think she’s always wanted you. Me, not so much. For a long time, I held some medium-fierce beliefs about the world that made a compelling case against you:

Bullets one and two took years to come to terms with in my own strange way, so I admit I doubt whether this message will help you. They might not even be relevant to you. Who knows what crazy stuff your generation is gonna do with their genitals. So maybe ignore all this if you’re siring a tamagotchi.

And bullet three? Let’s punt. Current Snapshot Dad is still calling that one a jump ball :)

But the other two! Oh boy!

People are already an awful problem, don’t make it worse.

So, what did you grow up watching and reading? Did I let you watch zombie movies? Or Charlton Heston falling to his knees in front of a semi-submerged Statue of Liberty? Did you learn what soylent green is made of? I wonder if pop culture has instilled in you a deep, abiding sense of inevitable entropy, zero sum.

Scarcity. Exponential growth ain’t easy to grok. At some point, Malthus will teach you that the number of hungry hippos is growing exponentially, but the number of marbles is growing arithmetically. That’s a problem. But stating the problem so simply is misleading.

First, almost every exponential curve is a sigmoid in disguise, and population is no exception. Sure, we’re adding to the problem with all this neat technology that makes our farms more productive and advances our public health, letting us live longer. But that same neat technology has also brought us urbanization, family planning… people doin’ it just for fun. Lower mortality rates but also lower fertility rates. Lucky you, made it just under the cut.

Second, many arithmetical curves are an exponential in disguise! Take the production of solar power, for example. Would you have bet on that curve in the 90’s? But just two decades later solar is nearly cheaper than coal. We’re learning to eat the Sun instead of the Earth, and the Sun is a whole lot more nourishing. But it’s a harrowingly slow learning curve, sailing slowly over spikier, more urgently rising curves.

So how do you bet on which way the curves will bend? Look for discontinuities: global warming, renewable energy, food security, techno-solipsist singularities. Maybe for bedtime we’ll read the Copenhagen Consensus reports - I’m sure you’ll love that. You could spend years running the odds, weighing the factors. I have. And on the whole, stakes look good. I truly believe your mom and I are bringing you into a world that isn’t doomed.

So, Earth probably not doomed, but is it a better place with you in it? This brings us to bullet two.

Ideas out-live and out-multiply people, so invest in those instead

So, kiddo, who wins in a battle between a horse-sized duck and 100 duck-sized horses?

For years, I’ve belonged to a cohort that bets on the 100 duck-sized horses, actually trillions of duck-sized horses - every minute of every person’s day that my colleagues and I try to improve. And we congratulate ourselves for each new technological knicknack and foofaraw that snowballs across continents, each one an inch deep, a mile wide. For years I’ve helped lay down these thin veneers, but the surface area betrays the volume.

Not just the volume, but the interrelatedness of our duck-sized horses, means that you can never really be sure that your impact has anything to do with you. Stigler’s law, first discovered by sociologist Robert K. Merton, says that no scientific discovery is named after its original discoverer. This is convergent evolution: the solutions are inevitable, no matter the solvers. I will never really know whether someone else in my role would have made the world a better place, better than I have.

But I can be sure about you. You are my horse-sized duck. My new enterprise. And to judge the success of any new enterprise you’ve got to take a close look at the leadership team. And here, kiddo, is where you have the ultimate secret weapon.

This is a snapshot of your mom before she was your mom: 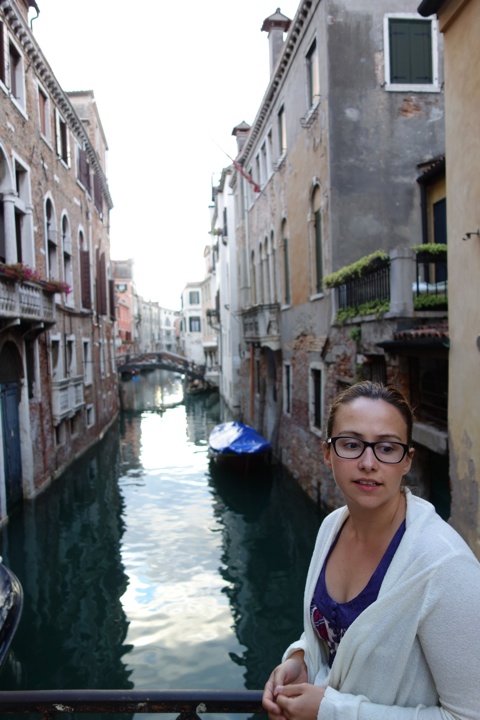 As you know, your mom is going to be like the Wilt Chamberlain of moms, just superbly busting out mom 3-pointers and mom-dunks. Little blueberry, you are about to get mom’d so hard, good luck trying to keep up.

I love your mom. And I love the world. I deeply believe that the best way for me to make the world a better place is to gift it someone who was raised by her and loved by her.

So that’s why you exist. Message over. If you were hoping this was one of those more mundane time machines, what kind of music are we listening to blabla, well just come over and ask! If you could unplug from your holographic interfaces for even just an hour to come visit your parents in real-space, I swear you kids these days.